Culture plays an important role in one’s daily life. It gives a person a sense of belonging, knowing that through the centuries, their people’s language and traditions endure.

The Hindi Pracharni Sabha (HPS) is an organisation dedicated to teaching the community about the Hindi culture and language.

“HPS is more than a 100-years-old,” says Neven Singh of the organisation. Over a century in existence, 70 years ago HPS erected a school and temple in Henrietta Street, Lennoxton. Both of which are still standing.

The aim and objectives of HPS are explains Singh. “Firstly, it is to teach the Hindi language to anyone who wants to learn it. Irrespective if they are Hindu or not.”

Secondly, HPS plays an important role in furthering the Hindu culture within Newcastle. Especially bringing it into the forefront within the Hindi community, allowing the culture to endure within our culturally diverse community.

The teaching of the Hindi language by HPS is run by Hindi Shiksha Sangh (HSS), an organisation based in Durban. Affiliated with HSS, HPS obtains the syllabus and examinations from the organisation, ensuring learners can immerse themselves in their studies.

As both HPS and HSS promote the Hindi language and culture, Newcastillians are in for a treat on Sunday, February 17.

Hindvani 91.5Fm is coming to Newcastle and will be setting up at the Status Hall from 10 am until 1pm.

Singh explains that Hindvani is a radio station which falls under the HSS umbrella. While focusing mostly on the Durban and Pietermaritzburg areas, Singh says that it is hoped through Hindvani coming to Newcastle, our town and Ladysmith will be able to benefit from it.

Audio streaming live from Status Hall, Hindvani will be introducing HSS and Hindvani to Newcastle. As well as promoting the learning and teachings of Hindi.

“We also have local artists, both religious and non-religious, artists in town. Hindvani will be giving them the platform of going on air,” says Singh. Local community leaders will also be interviewed on air.

With the day focusing on the promotion of the Hindi language, the Newcastle community is invited to join in on the day and show their support. 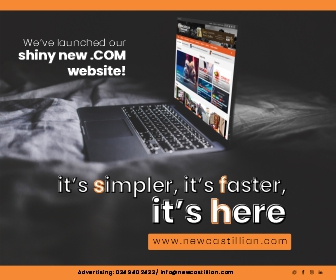 Curro Mount Richmore; celebrating a collection of our learners’ achievements in 2021

“As the year tips into the second act of 2021, we are proud to announce; the national lockdown did not deflate our everlast-Curro Mount Richmore spirit.”

“The local leader of the party, Faizel Cassim, explains that ActionSA’s core elements resonate with South Africans and for this reason the rainbow nation is noting the value in the party, making the switch to ActionSA.”

Mediclinic Newcastle’s neurosurgeon, Dr Buthelezi, on his journey and aspirations

Chatting with ActionSA’s Faizel Cassim on his life, views, and Newcastle

“The always welcoming, full of life Faizel Cassim moved to Newcastle 17 years ago, where the now grandfather submerged himself into the local community—enhancing himself as a businessman and devoted philanthropist, uplifting individuals and institutes alike along his journey, and according to him, he has just begun.”

Drakensberg Primary School from a contender to a leader

“Producing steadfast moral values, continuously endeavouring to uplift its learners, Drakensberg Primary School has transformed from a contender to a leader over the years.”

“Boston City Campus is open for mid-year registrations for diplomas and degrees, so use the opportunity to reflect on how attaining a higher education can help your plans of employment or promotion, or setting up your own business,“ says Taryn Strydom of Boston City Campus, Newcastle.

“Nine beautifully designed travelling boxes are making their way from one Curro school to the next during the period of May to June. Packed with memory-making aids including Polaroid cameras, film, blank sheets of paper and fun stationery—each group of Matric learners has the chance to create scrapbook-like pages for their school’s section of Curro’s digital yearbook.” 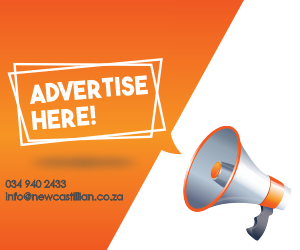 You could have access to your retirement fund soon; this is why