Snyman is alleged to be the owner of a private security firm that provides services to Julius Malema, leader of the EFF. In the complaint, it is requested that Snyman’s actions are investigated regarding the alleged ownership of a suspected firearm and ammunition, as well as the fact that this firearm was given to Malema at the EFF’s five-year celebrations in Mdantsane in the Eastern Cape.

The complaint relates to the case that was opened on 1 August 2018 against Malema and Snyman at the Lyttelton police station.

AfriForum also requests the SAPS to investigate Snyman’s actions and declare whether these constitute a violation of the Firearms Control Act, 2000 (Act No 60 of 2000).

“Snyman is a controversial person who allegedly had many run-ins with the law on numerous occasions in the past. If Snyman is in fact the owner of a security firm, he should handle firearms with even more caution than general gunowners do. It is AfriForum’s opinion that PSiRA as well as the SAPS should investigate Snyman’s actions,” says Ian Cameron, AfriForum’s Head of Community Safety. 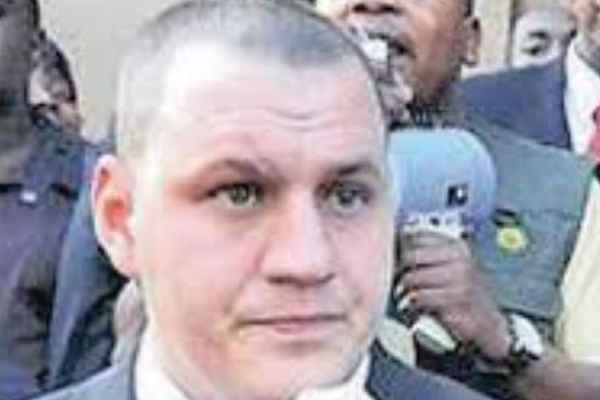 “Keeping you up to date with the province’s water supply. We look at how the various catchments are handling after winter.”

“Sadly, three people died on the R61 at the Ramsgate off-ramp on the South Coast on Wednesday morning, 22 September 2021.”

“The Laing’s Nek Monument in Northern KZN lays ruins following a lack of maintenance and care over the years.”

“As little Tyler Moore closes in on his third birthday, he has endured hardships many children his age are unfamiliar with.”

“On 20 August 2021, the Newcastle Sakekamer hosted its AGM where the new financial year’s management team was announced.”

“Disaster management teams are on high alert as heavy rainfall battered away parts of KwaZulu-Natal on Tuesday, 7 September 2021.”

“Making their way to the industrial area in Newcastle, KwaZulu-Natal, motorists were greeted with an unusual sight while travelling past Amcor Dam’s small waterfall in Ncandu Park.”

Chaos as 74 churchgoers injured in a bus accident

“On Sunday morning, 5 September 2021, emergency personnel were met with pandemonium after a bus transporting over 70 churchgoers rolled while in transit.”

Warning: These areas in KZN could see flooding and mudslides

Newcastle, here is your local sports update. From schools to clubs