Two dead and multiple injured following collisions over the weekend

Looking at the first incident, on Saturday afternoon, 14 January 2023, two people were killed and three others injured following their vehicle rolling just off the R33, approximately 10km outside Dundee, KwaZulu Natal.

Responding to the call, ER24 said its paramedics arrived on the scene to find the Provincial EMS and another service already in attendance.

“A light motor vehicle was found upright against a signpost. Five patients were seen lying outside the vehicle.”

ER24 further said that on closer inspection, medics found that two patients had already succumbed to their injuries. “Nothing could be done for them, and they were declared dead by the Provincial EMS,” ER24 said.

Three additional patients sustained minor to severe injuries, resulting in the patients being treated and transported to Dundee Provincial Hospital for urgent care.

“Local authorities were on the scene for further investigations,” ER24 concluded.

KwaZulu Natal Private Ambulance’s spokesperson, Chantell Botha said, “When emergency services arrived, they found that two vehicles and a truck had been involved in a collision.” 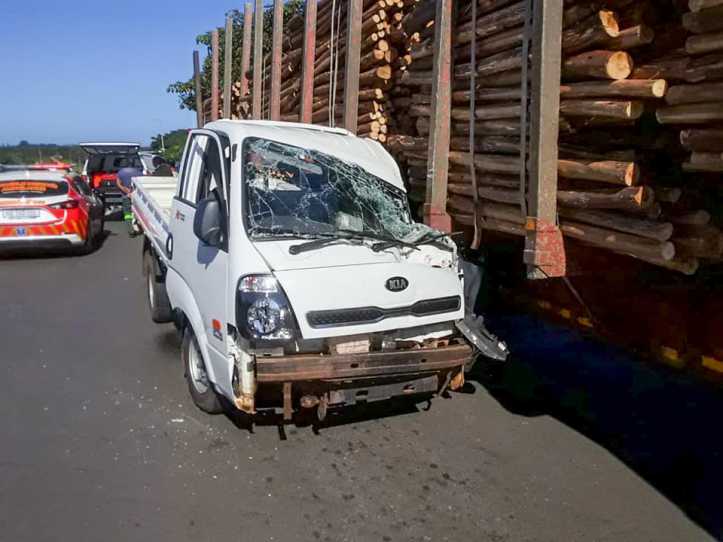 “The patients were treated on scene before being transported to hospital for further treatment,” concluded Botha.

Around R300 000 drugs seized in Newcastle CBD, by Hawks

A man lost control of his vehicle along Boundary Road, Newcastle on Thursday morning, 26 January 2023. This resulted in his truck

Protests in Dannhauser, KwaZulu-Natal are ongoing with protesters bringing the small town to a standstill on Wednesday, 25 January 2023

Around R300 000 drugs seized in Newcastle CBD, by Hawks

Are you sure want to cancel subscription?